Walden Gets a New Hat and Goes for a Ride

When I returned to The Rental and was backing in to the garage I noticed a funny smell, vaguely like curry. When I looked in the mirror, I saw smoke pouring out of the vents. I killed the engine and went and got the fire extinguisher. I’d gone through that to do earlier that day, open the door where the license plate is and squirt in through there. By the time I got there, it was clear that it wasn’t a fire, but instead some problem with the cooling system.

I opened the hatch to the engine and noticed that the alternator belt was slipping a bit. That explained the lack of voltage to properly charge the batteries. As I looked more closely, it appeared that the pulley on the water pump was at a strange angle. I didn’t see any hoses that were obviously broken, so I guess Walden needs a water pump.

Walden sat still while we attached the new tent and rain fly. The process took about 4.5 hours, just half an hour longer than the low end estimate of the folks at GoWesty. Apparently either we’re really, really good, or they counted on people consuming much more pizza and beer than we did. Here’s how it went. 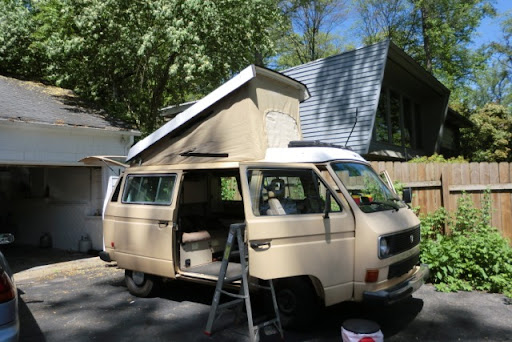 Walden with his hat off 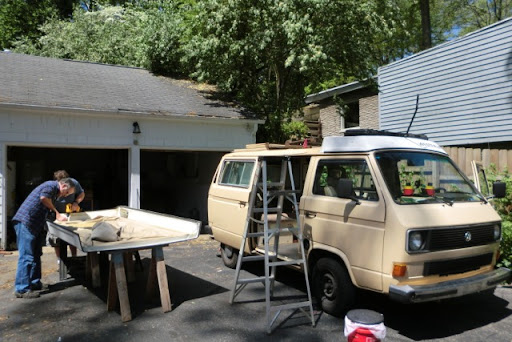 One page of directions 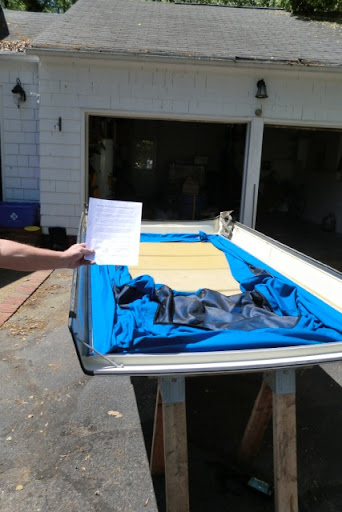 We were bummed that we couldn’t drive around like this 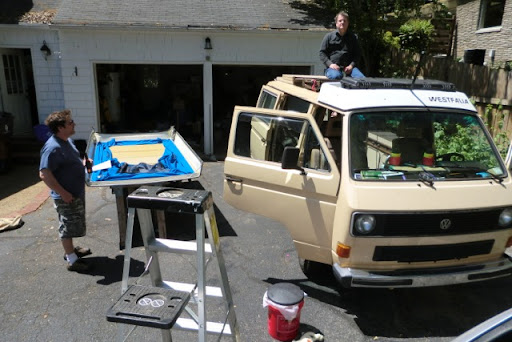 Here goes! Note to self: Bare midriff is not attractive 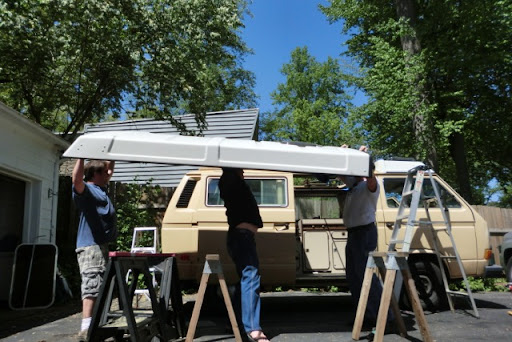 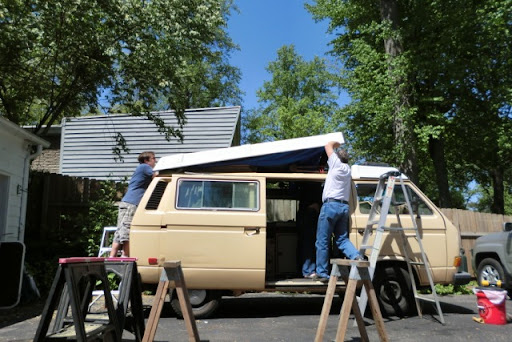 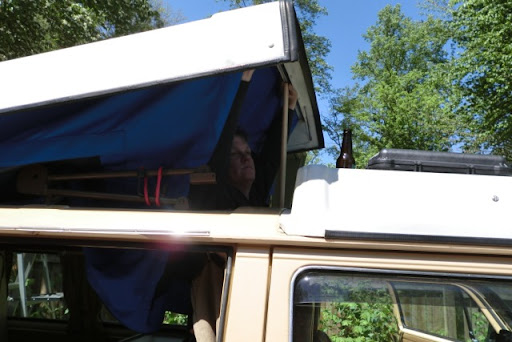 Well, OK. It’s not that heavy 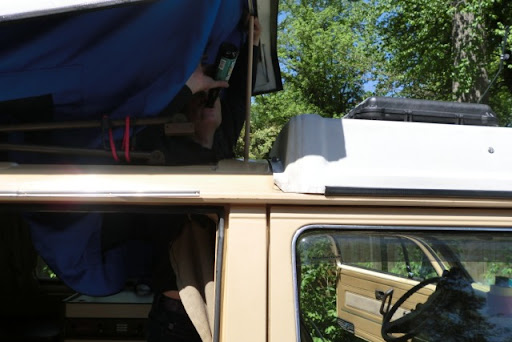 Thor was on the back seat for the duraction 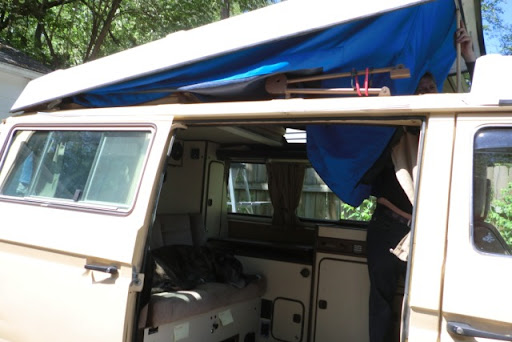 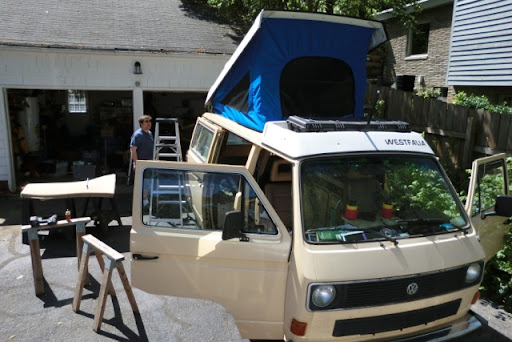 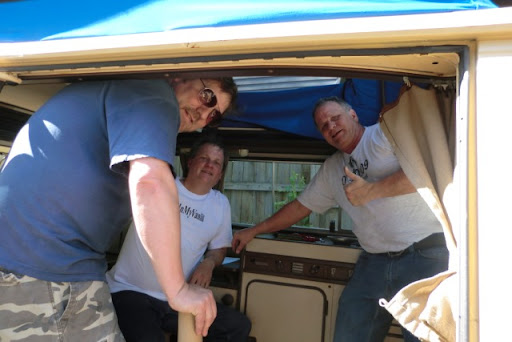 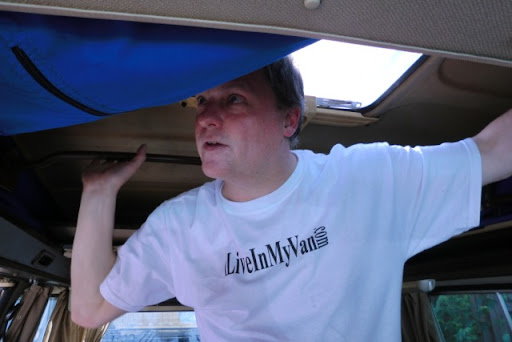 After laughing at me for 20 minutes, Chris admitted the side tent is pretty cool 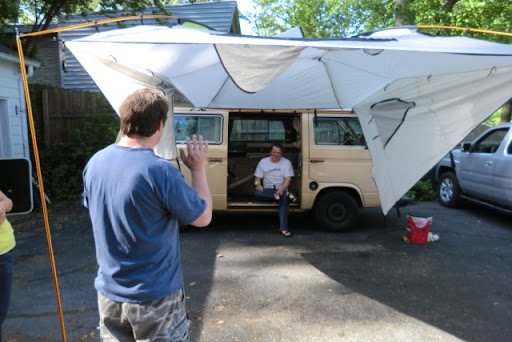 Yesterday I called my good friends at AAA and they sent out a nice man who loaded Walden up on a flat bed and took him to MF Automotive, our favorite local mechanic. I’m optimistic that he’ll be fully functional again tomorrow.

Walden goes for a ride 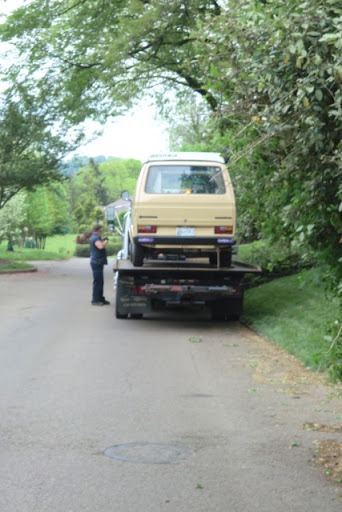 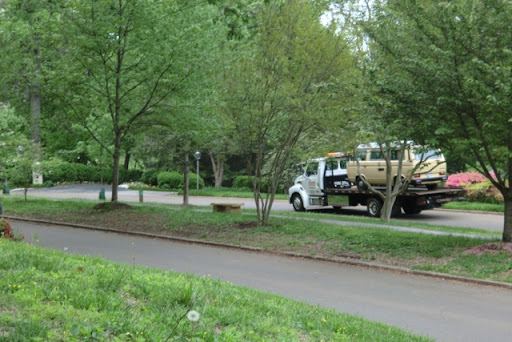