I got to Fort Collins, parked Walden in a public parking deck, got on the bike, and headed for the closest brewery, Cooper Smith’s Pub and Brewery. I got a table outside and found that they had wireless. After a few beers and some lunch, I headed for New Belgium Brewery. 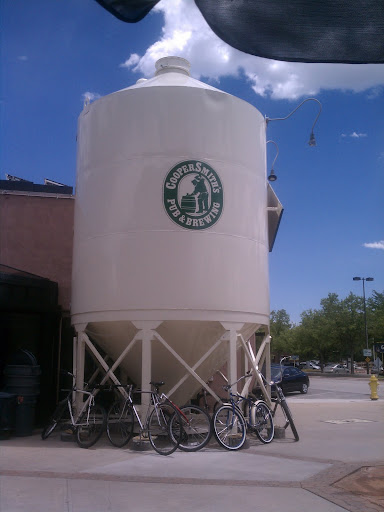 New Belgium Brewing is pretty much why I went to Fort Collins. I love their beers. They have tours every thirty minutes, but they’re booked up for weeks. I got to the desk where you check in at about 2:31 and asked the pretty young woman if she could squeeze in just one and she ran me over to the door, but forgot her key card. Another guy let me in. When I arrived, everyone was sitting at tables and was quiet. I told the guy that I’d be joining them and he said something about getting a watch or some such. I felt a little like I’d walked into an exam late. 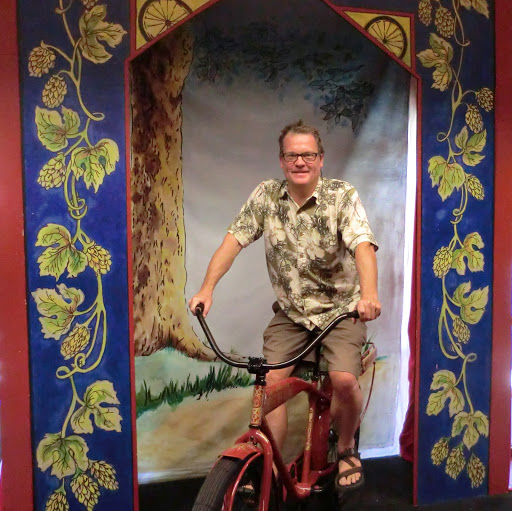 The tour was great. We got to go into the place where they ferment La Folie, one of my favorite beers of theirs. Check out those wooden fermenting vessels. On the sides of them are little valves to let you take samples. I was very, very tempted. I felt a little like taking a sample would be like keeping the everlasting gobstopper, so I refrained. 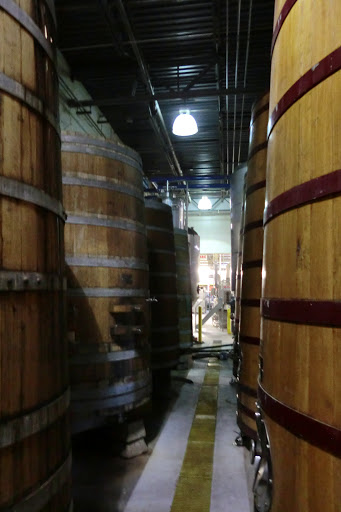 After the tour everyone ends up in a little pub where they give away beer for free. That’s right. You can just walk in there any time you like and get served a few free beers. At the pub I struck up a conversation with a group of folks who was headed for Odell Brewing Company. I said something like “how’s it going?”

We’d noticed a group of people in festive attire, so before I left, I went over and asked the one with the biggest fake eyelashes just what the deal was.

It turned out that she was about to move to South America and this was her going away party. She’s the one on the left. 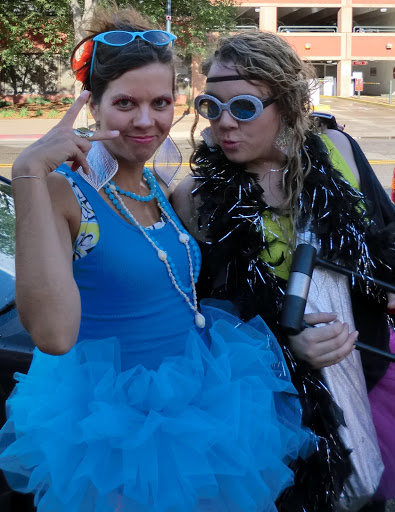 Odell’s was awesome too. All of the breweries in Fort Collins have a sampler that’s like $5-7. It seems really reasonable. It got my wooden board with glasses of beer on it and started to sit at a table alone, but my friends from New Belgium beckoned me over. It was nice to have folks to talk to. When our beers were empty, they were headed home, as two breweries was apparently enough for them. As it turned out, the people in funny clothes had appeared at Odell’s, and I went and asked them what the next stop was. They were headed to Equinox Brewing, oh, and did I mention that they were on bikes? Here’s the whole crowd just as we arrived at Equinox: 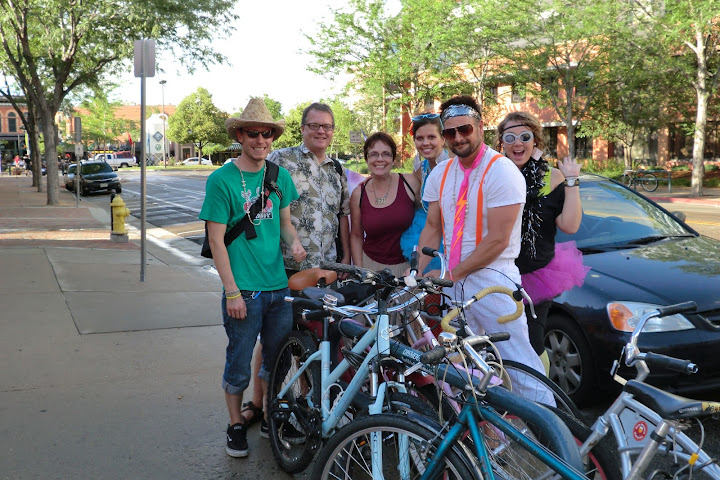 Oh, before I go on, I should show you this rainbow. I think I shot this at Odell’s. You can almost see the second rainbow, above the main one, even with this silly little point and shoot. 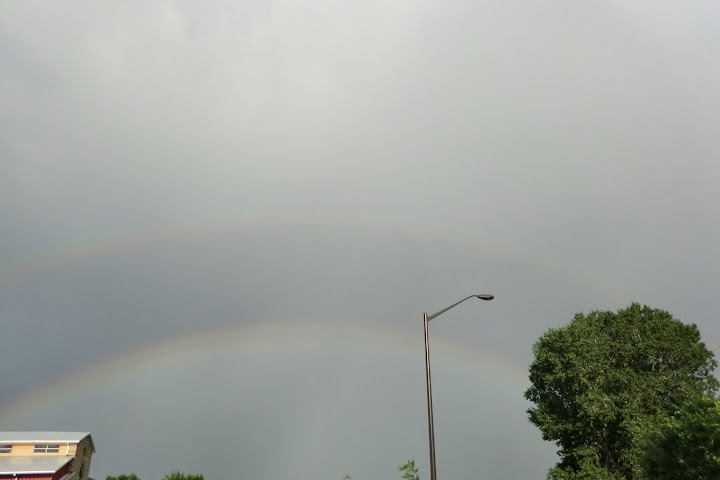 At Equinox things start to get a little bit hazy, as it was my fourth brewery of the day. I can’t really remember what I ordered. Someone gave me a feather boa to make me fit in. As I made my way with my beer from the bar to the table to join my new Farewell Friends, I somehow connected with a group of people who are driving a bus to Alaska. I find this photograph particularly unflattering, but here it is. 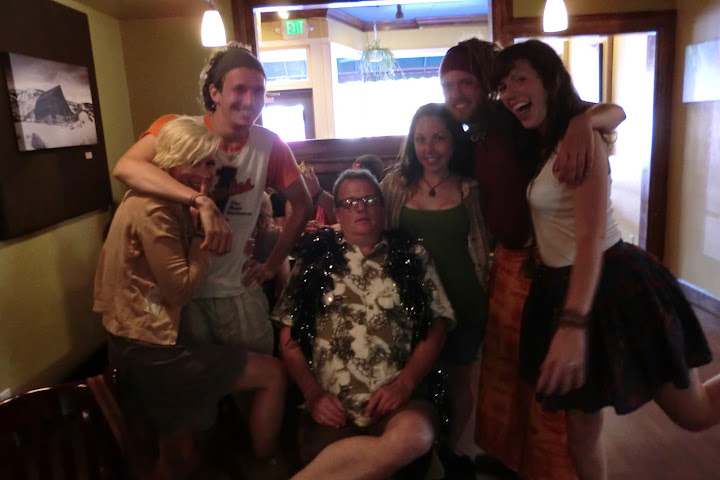 After Equinox, the party moved to the home of the guest of honor. There was lots of room as she’s gotten rid of most of her stuff since she’s moving to another country and all. We partied for quite a while, but by ten I was feeling old, sober enough to drive, and was getting antsy about finding a place to park Walden for the night.

I biked back to the garage and drove Walden back to the same neighborhood where the party had been. Had I been able to find the house, I might have gone back to the party, but as it was, I just found a dark part of a street, closed all the curtains and went to sleep.