I spent all of the previous day in a crappy little motel room in Kingmon, Arizona working on a set of questions that someone had sent me in response to a job I had applied for. Spending thirty dollars to have a relatively comfortable place to work seemed like a pretty good investment. I ventured out a couple times for victuals, but pretty much just stayed holed up. On my second morning in the room I worked on the email interview until about 12:30 when I got a call from the hotel’s proprietor letting me know that I’d overstayed my welcome. “Really, dude? You’re going to fill all of these rooms tonight and my staying another half hour is going to be an inconvenience? You didn’t even clean the room yesterday. I’m a pretty good deal. It would seem like you could spot me a few extra minutes.” That’s what I thought, anyway, what I said was “I’ll be out in 5-10 minutes.”

I got a shower, loaded up my belongings, returned the key to the desk and headed out. For most of the day’s journey I traveled on the Historical Route 66. It’s consists primarily of cheesy little stops, which are quaint in their own way. Walden not being much of a speed demon, I wasn’t much worse time on the scenic route than I would have on I40.

As an example of the kitsch, there are still Burma Shave signs up. According to Wikipedia, the signs were removed in 1963 when Burma-Shave was acquired by Phillip Morris. I couldn’t quite figure out who put up signs for a defunct brand, but that’s what I saw. As I review the fine print on the that Burma-Shave sign, I see it says “TM American Safety Razor.” Go figure.

Along the way I saw a wild boar, or some other small pig-like animal. He or she ran off before I could get a good shot, but given that I was moving and snapped it out the window, I was pretty pleased. 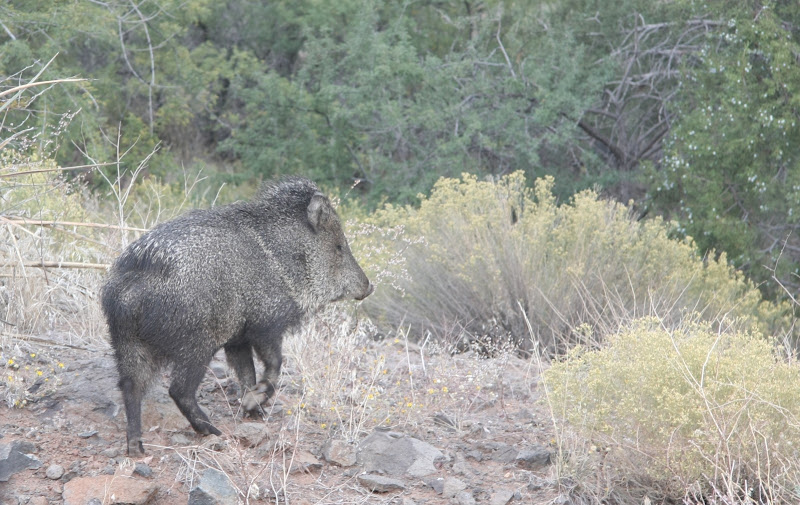 Next I stopped at a now-defunct Mexican place. Though I don’t think it was a Mexican restaurant at the time, I’d stopped in this very place just over eight years earlier. I had been this way before with Thor and my father when we drove to my new job at the University of Tennessee. My then-wife was unable to make the trip with me since she was in Sri Lanka for a tea tour. 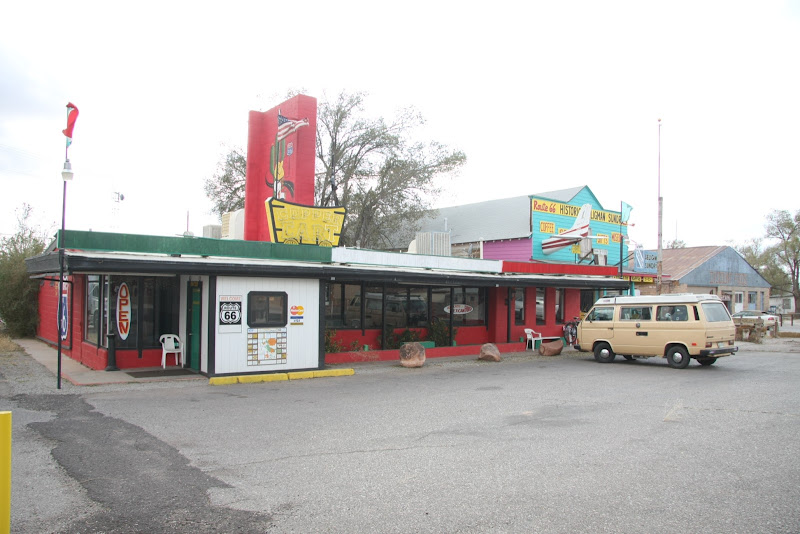 As it started getting late, I stopped at a gas station near a KOA. It would soon be getting dark and cold, so I thought it was time to figure out the electrical problem with the furnace. It turned out that I had not reconnected it when I installed the new battery. I must have wondered what that wire was. Perhaps some labels would be a good idea.

With the furnace functional I could consider where to stay for the night. The KOA did not seem too appealing, so I headed on in. Not much further down the road it occurred to me that I probably should fill up the gas tank, and when I did, I noticed the gas station also had some RV spots in the back. They wanted only $10 for dry, or $25 for hookups. Paying an additional fifteen dollars for a little bit of electricity seemed exorbitant, so I opted for dry. At least I’d have access to a bathroom and shower.

A while later as it was getting dark and cold and I remembered that the woman at the counter said that it was supposed to drop into the twenties and my battery was dipping well below twelve volts, I decided to go back in and buy a six pack and tell them that I wanted electricity after all. With that transaction completed I tried to get plugged in, but the power where I was plugged in didn’t work and I had to move down a few spots. It was already getting cold and yucky. It is surprising how many of these power things in RV parks are broken. A while later as I was watching a motion picture on my laptop I noticed that it was no longer charging. Had the GFCI blown on the power pole? I found a flashlight and went out to try to reset it. As I was fussing around with it I noticed that it was really dark. Really, really dark. The lights were off at the RV down the way and the bathroom and. . . oh. It was dark everywhere. The power was out. I went back to whatever I was watching on the laptop. Just after I’d given up, and turned out the lights, I noticed that power was back on.

I went to sleep at around 10:00. At about 1:30 I noticed that the heater had stopped. Out of propane, I guessed. I moved the lightweight bag and blanket out of the way and slid into the real sleeping bag, rated 0F, that I’d bought back in Bozeman, MT on my first day with Little Bird and Ox.

Cold or not, and I wasn’t cold in my toasty sleeping bag, Walden is home, and it’s good to be home. I was much happier tucked in to Walden than I had been the two previous nights at the Arizona Inn.

2 Responses to Approaching a Hole